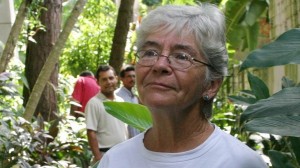 From the Blog
“SAPERE AUDE”

Overview
«Vermeer’s hat» is a direct journey to the very inception of globalization. By unveiling the stories behind six paintings of the Dutch artist Johannes Vermeer, Brooks takes us back to the world of seventeenth century, where a system of international connections rose, driven by the power of trade and cultural exchange.
Starting from Vermeer’s hometown -the city Delft- the reader will jump into those paintings and will find himself at the heart of the big episodes which shrank the world four centuries ago. It is well-known that fur, silver, tobacco, porcelain, spices, etc. were the first products with which the web of globalization was woven and around which a common human community based on economic, politic and social exchange was created. But Brooks offers something more than a simple historical reconstruction of those facts.
Approaching different stories such as that of the French explorer Champlain or that of the Italian Dominican Angelo Cocchi, who, although in a different way, played a role in the development of the global world, Brooks achieves to literally dismantle, thread by thread, the unfathomable web of globalization tailored during Vermeer’s days. In doing so, Brooks achieves to bring us a brilliant and fresh insight about the beginnings of economic interdependence, the creation of a transnational market and even the rudiments of primitive international marketing strategies.

Chapter 1
The View from Delf.-
In the first chapter, Brooks introduces the general dynamic of the book, whose objective is to trace the global history of the seventeenth century. There, the author states that the best way to draw such a history is to start from the city of Delft in the Netherlands. The reason for that is simple: unlike other cities that share the same historical background, Delft has still a vivid “memory” of the rise of the global world in the seventeenth century, reflected in its architecture, in its internationalized economy and, especially, in its art. In that sense, Brook argues that the paintings of Johannes Vermeer, one of the most famous artists from Delft, are a perfect channel to gain access to Delft’s past. Because they portrayed the peculiarities of the seventeenth century’s Delft, Brook says that his paintings are “like windows”, through which we can proceed to revive, not only Delft, but the whole epoch. By looking hard at them, Brooks insists, we can find clues which tell us more about Vermeer’s globalized world. Each chapter will look into one painting and unfold the stories behind it.
Besides this introduction to the structure of the book, Brook proceeds to examine the first painting, called “View of Delft” (1660).
Here, he draws our attention to two particular points:
a)    The wide bottomed vessels. The story of these vessels is according to Brooks this. The global cool of the seventeenth century made the arctic ice move to the south, causing freeze-ups in Norway and making the fishery move to the Baltic Sea, where they were caught by vessels of Dutch fishermen. That increase of the amount of fish caught, led the Netherlands to an unprecedented age of prosperity, of which Delft was one of the most favoured city, due to its privileged geographical location.

b)   The roof of the Dutch East India Company (or VOC). The VOC is undoubtedly one of the most recognizable symbols of capitalism, as it was the first enterprise in history to achieve global economic dominance due to 1) its unique federal structure and 2) its capacity for building a worldwide network of trade. Besides, the expansion of the VOC activities around the world would not have been possible had the VOC not managed to take advantage of three of the major innovation of its time: the magnetic compass -which notoriously eased navigation-, the paper –which helped cartography- and the gunpowder –which led to achieve military dominance-. Through the web of trade, the VOC, for the very first time in history, displayed around the world huge amounts of people. As a consequence, a new phenomenon arose: «transculturation». As soon as products from distant cultures made its appearance, everyday practices began to change. With the expansion of horizons there was too an expansion of ideas: the once boundless and mysterious world now became a closed and single unit.

3           Chapter 2
Veermer’s hat.-
In the second chapter Brooks addresses the second painting: Officer and Laughing Girl (1658).
This time, he points his attention to only one object: Vermeer’s hat. The history of that hat leads us to a place that now is known as Crown Point on Lake Champlain on 1606, and to a man named Samuel Champlain.
Champlain initially was part of the first incursion by Europeans into North American in 1606, as a member of a French expedition. His mission was to establish trading alliances with natives, in order to increase the flow of goods. At that time, four important Indians group inhabited the vast territory of North America: Montagnais, Iroquet, Hurons and Mohawks. One of the objectives of Champlain was to reach to St. Lawrence River. However, in that territory the Mohawks were settled. After establishing an alliance with the Iroquets, he deliberately decided to kill the Mohawks, since they were seen as an obstacle in French monopoly of trade, specially of fur, which was one of the most demanded goods in Europe due to its scarcity in and inimitable quality. It is important to underline that his victory over the Mohawks was possible as a result of the invention of a new a powerful weapon: the arquebus.
The arquebus was an innovation made in 1609. It caused a big revolution in Europe as it determined that size of an army was no longer important in war: what mattered, then on, was how soldiers were armed. Thanks to the global network already displayed, this revolution was rapidly spread throughout the world. Among others, it made possible the South America conquest by the Spanish, the Japanese invasion of Korea in 1592, and, as we said, the victory of Champlain over the Mohawks.
The monopoly of fur which Champlain got after that victory was only a mean to finance the real ultimate end: find a passage to China, a country, which, due to Marco Polo’s written memories, had a reputation back in Europe of being very wealthy. Until then, there were two known routes to China: one via South America and the other via Africa. But they were too complicated, long, risky and, moreover, expensive. That is why Chamberlain hoped the St. Lawrence River, or even the Lake Superior, would unveil a cheaper and shorter way to China. However, his dream was highly frustrated by reality. Chamberlain’s effort was not in vain: thanks to him, Vermeer was able to wear the fashion fur hat.
4            Chapter 3
A dish fruit.-
The painting which Brooks examines in this third chapter is Young Woman Reading a Letter at an Open (1658).
The object that, in this opportunity, catches Brook’s attention is a Chinese dish, which is under a heap of fruit which is lying just near the woman. That dish, as the other objects already studied, was a sign of something else: it was painted when the Chinese porcelain was taking place in Dutch’s life.
The first porcelain that reached Europe amazed everyone who saw it, because of its impressive quality and fanciness. The Portuguese were the first Europeans to acquire Chinese porcelain in Goa, India. From there, they went directly to the south of China to negotiate with Chinese wholesalers more of the precious porcelain. Because the route was crucial for worldwide commerce, the Dutch wanted to get into it. The first cargo of porcelain that arrived Holland was due to a seizure of a Portuguese ship in 1602. But soon they decided to get their own business near China and establish regular trade channels. The Dutch wanted to break the Iberian monopoly, both Portuguese and Spanish, on the Asian trade by entering directly into the competition. Although there was a serious rivalry between Dutch and Spanish people -because, as it is widely known, the latter occupied the Netherlands during the sixteenth century- resentment was not the most important. The manifest objective of the Dutch was, rather, to control the Asian trade, which was equal to control global economic order.
Claiming that freedom of trade was a declared principle of international law, like the Dutch lawyer and philosopher Hugo Grotius did, the VOC ships were also in the South China by the turn of the seventeenth century, doing their first shopping list of porcelain in 1608. Although VOC’s ships delivered, in the first half of the country, a total of three million pieces, porcelain was still expansive in Europe and soon a market of imitations arose. The most successful in that emerging business were the porters of Delft.
But the circulation of decorative objects did not go only one way. Europeans objects circulated in China as well. However, European objects did have the same impact on China as Chinese porcelain had in Europe. For Chinese, it was difficult to discern what value should be attributed to those objects that arrived from abroad, since for them they did not have any intelligible meaning attached. In other words: in China, foreign objects embodied no values; they only awoke curiosity. Conversely, in Europe, and especially for Dutch, the porcelains objects were more than just beautiful: as Brooks points out, they were a symbol of the Dutch positive relation to the outside world. In some point, they represented the overcoming of the challenges of the world; the conquest of land and ocean by means of the new science and technology. And that can be seen perfectly in Vermeer’s painting. The letter the woman is reading was sent by her husband, a man who ventured himself, probably on a VOC’s ship, to the external world to get more of the precious and well-valued Chinese porcelain for his wife.

Henri Cartier-Bresson travelled the world for four decades, both documenting and participating in the art, political, and social movements that would move twentieth-century culture from the old to the modern world. Originally a student of Surrealist painting, Cartier-Bresson was advised by Gertrude Stein, after she saw one of his paintings, that he’d be better off joining his family’s textile business. Instead he committed to photography, and a new type of fast portable camera: the Leica. He eventually become one of the first photographers to join the famed photo cooperative Magnum. “Joining Magnum didn’t mean leaving a coherent artistic sphere for an alien job; and being a photo-journalist didn’t mean being a photographer,” the scholar and photo-curator Peter Galassi writes. “It meant being a student, a diplomat, a traveler, an investigator, a reporter, a historian. To Cartier-Bresson it meant engaging the whole of the world.” Today, in honor of Cartier-Bresson’s birthday, we take a look at some of the more celebratory photographs from his extraordinary career.
All photographs by Henri Cartier-Bresson/Magnum.