The Dangerous Consequences of weakening ISIS

The NY Review of Books
By Ahmed Rashid

Just when Muslims around the world thought that ISIS was in retreat and that it was safe to celebrate the end of Ramadan, the group has struck back with a devastating series of bombings in four Muslim countries. Claiming more than three hundred lives, most of them Muslim, during the final days of the month-long fast, the attacks in Turkey, Bangladesh, Iraq, and Saudi Arabia have created pandemonium.
But they also raise new questions about the ability of the jihadist group to execute lethal terrorist attacks, even as its power appears to be waning in Iraq and Syria. Since the early months of this year, ISIS has suffered a series of defeats, from the Assad regime’s recapture of Palmyra at the end of March to the Kurdish PYD’s reconquest of the Manbij area of northern Syria in early June and Iraqi forces’ retaking of Fallujah on June 22. ISIS has also lost significant financial assets and population under its control.

In a speech last month, Abu Muhammad al-Adnani, an ISIS spokesman, urged sympathizers to mark the month of Ramadan as “a month of calamity,” but the world’s security agencies expected random, “lone wolf” attacks. Instead, the recent bombings have been done by groups of attackers who seem to have had a high degree of organization. Many of the bombers themselves appeared to have been organized and trained by ISIS or directly in touch with ISIS headquarters in the Syrian city of Raqqa.

The sophisticated shooting and suicide attack on Istanbul’s Ataturk Airport on June 28, in which forty-four people were killed and more than two hundred injured, involved three attackers and seemed to echo the carefully orchestrated group attacks in Brussels and Paris last winter. Even deadlier was the Baghdad bombing, in which two suicide bombers unleashed their explosives in a busy shopping district early Sunday morning, killing more than two hundred people. But for Muslims everywhere, the most inconceivable and abhorrent was the bomb set off on Monday morning outside the revered Mosque of the Prophet in Medina, Saudi Arabia—the second most sacred place in Islam, where the Prophet is buried. It was one of three coordinated bombings in Saudi Arabia that day. (ISIS has claimed responsibility for the attacks in Iraq and Bangladesh, but not for the Saudi and Istanbul attacks.)

Some of the attacks were aimed at locations with large numbers of foreign nationals. The Saudi attacks included one outside the US consulate in Jeddah, while the attack on an upmarket restaurant in Dhaka, the Bangladeshi capital, was exceptionally brutal and clearly targeted foreigners. Twenty foreigners—including nine Italians—and two policemen had their throats slit after being held hostage in the restaurant for almost twelve hours by a group linked to ISIS. Bangladesh had never before experienced such a mass killing and the government has remained in denial that ISIS was involved, even after the group took responsibility and showed photos of the grinning faces of the attackers.

Still, the greatest number of victims in this wave of bombings has been Muslim and it has created an immense pall of fear across the Arab world. Kuwait has undertaken mass arrests of suspected bombers while the United Arab Emirates government has warned its citizens not to wear traditional Arab clothing while abroad. Even al-Qaeda criticized the Istanbul bombing, saying it was perverse to bomb and kill so many Muslims. Unlike al-Qaeda, ISIS’s leaders have held that everyone who does not adhere to its interpretation of Islam is not a Muslim and can legitimately be killed.

The attacks came just as ISIS was losing ground in Iraq and Syria. A few days before the strike in Istanbul, the city of Fallujah, just 50 kilometers from the capital of Baghdad, finally fell, after two years in ISIS captivity, to the combined forces of the Iraqi army, US special forces and air power, and Shia militias backed by Iran. Hundreds of ISIS fighters were killed during the prolonged battle and hundreds more were killed when they tried to flee the city in vehicles and were heavily bombed. The Iraqi army is now gearing up to take the northern city of Mosul.

In northern Syria the US-allied Syrian rebel forces are trying to surround Raqqa, threatening not only the capital of ISIS, but also its main access points to Turkey and the outside world, on which it depends for new recruits and supplies. These military successes gave the impression that ISIS was seriously weakening, losing crucial territory and large numbers of fighters.

But security agencies must now contend with the reality that, despite these setbacks, ISIS can still mount highly organized attacks with gunmen who are heavily armed and well-trained. Lone-wolf attacks, like what happened in Orlando, tend to have a single specific location, and target and trigger a by now well-rehearsed response from security agencies. By contrast, group attacks taking place in several locations of a city, such as the Brussels and Paris attacks, require a sophisticated deployment of military and police that many governments are not ready for.

Moreover, success against ISIS cannot be defined only on the battlefield in a country as complicated as Iraq. The first problem is the persistent sectarian conflict, with Baghdad tilting toward Iraq’s significant Shia majority. The largely Sunni population of Fallujah may have escaped from ISIS but many have fallen into the arms of hostile Shia militias. The government in Baghdad has done little to reign in these militias, some of which have been carrying out reprisals against Sunnis in liberated cities. Meanwhile the lack of proper provisions for the ever-growing refugee population has created a deepening humanitarian crisis.

The Iraqi government itself, because of rampant corruption and incompetence, is feared and disliked by many Iraqis, and especially the Sunnis. It may be able to reconquer cities with American and Iranian help, but it still cannot provide the infrastructure needed for good governance. In many parts of the country, it is unable to provide basic services, and it is doubtful it will be able to rebuild cities and schools and hospitals quickly, in order to get life back on track and allow millions of refugees to return. Meanwhile in Syria, the brutal civil war, now in its fifth year, has fragmented the country into fiefdoms and turned half the pre-war population of 23 million into refugees.

The real lesson for the Iraqi government and its allies—as well as its counterparts across the region, from Saudi Arabia and Turkey to Jordan, Yemen, Tunisia, and others—is that it will take much more than military victories and the recapture of territory to defeat ISIS. It will take even more to cut off all the branches of extremism that ISIS has established around the world, and that could become a primary focus of the group as the territory under its control rapidly shrinks. The military defeat of ISIS in Syria or Iraq seems more than likely to unleash a greater wave of terrorist attacks.
Publicado por Politeia en 22:47
Enviar por correo electrónicoEscribe un blogCompartir con TwitterCompartir con FacebookCompartir en Pinterest
Etiquetas: ARTICULOS PERIODISTICOS, CRISIS IN THE ISLAMIC WORLD, RECOMENDAMOS, REFLEXIONES

Is the American Century Over? – Joseph S. Nye - VIDEO

Is the American Century Over ? 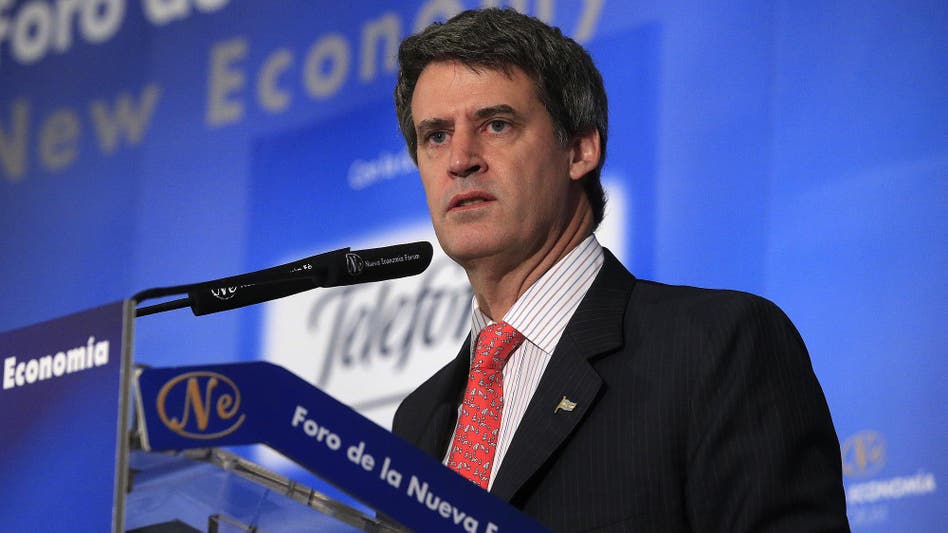